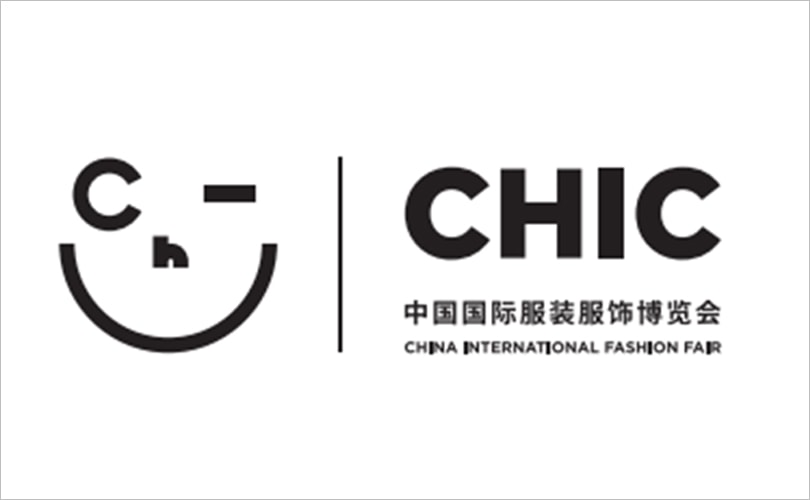 • 698 exhibitors and 718 brands from 10 countries on more than 62,000 square meters from 25 to 27 September 2019 presented to over 54,000 visitors
• CHIC as a constant for the Chinese fashion industry and fashion retail in the context of a rapidly changing market environment
• Optimization of visitor management: Exhibitors and visitors benefited from the organizer's extensive range of matching services
• Direct deals and more order-triggering business contacts at the fair

The autumn event of CHIC Shanghai from 25 to 27 September 2019 generated 698 exhibitors and 718 brands from 10 countries and 54,202 trade visitors. Competent, focused and compact, the exhibitors displayed their new collections on an area of 62,000 square meters at the National Exhibition & Convention Center. The number of visitors is stable compared to the previous year.

Chen Dapeng, President of the CHIC and China National Garment Association draws a positive conclusion from the show:
"CHIC is a reflection of the extremely dynamic Chinese apparel market, whose consumers are the fastest to adapt to new trends and tendencies around the world, and all market developments will be reflected at CHIC, with the fair's service tools geared towards networking among its market partners. The Chinese market is undergoing changes to which it has not been exposed in the last hundred years: a permanently changing society shaped by the younger generation of consumers with the desire for individualization; the technological change, the digitization of the entire production and distribution chain; the increasing social and ecological responsibility of the companies. Challenges that companies have to face and keep pace with. In this environment, CHIC is the reliable basis that is used by all market participants. "

Analysts expect China's retail sales to increase by 3.5% this year (after peaking at 7.5% last year), with a slight decline next year, but overtaking the US in 2021 and exceeds $ 6 trillion. Apparel sales are similar at 2.6% for this year from January to July 2019 and 6% last year. The figures illustrate the effects of the trade dispute with the US, and thus currently coupled with a general market uncertainty in China.

The CHIC organizers are opposing this development by optimizing all measures for efficient business activities of exhibitors and visitors, both offline and online. In this context, the promotion measures such as WeChat advertising in the run-up to the event, match-making events at the fair and the updated CHIC-APP, which makes, among many other things, the direct networking between exhibitors and visitors already possible before the fair. The exhibitors report on numerous business start-ups and a significant increase in order activity.

The appearance of film star Wenzhuo Zhao, one of China's most well-known Kung Fu performers, caused a sensation among visitors and media representatives in the CHIC Sustainability Zone. He has been named Brand Ambassador for Sustainable Fashion by the China National Textile Apparel Council, patron of the Sustainability Zone at the show. CNTAC is currently developing a unique international information platform for the classification of harmful chemical ingredients for textiles. These projects are financed by private sponsors, including China's best-known sportswear brand, Li Ning, also presenting a hoodie collection at CHIC made of R-PET fibers. The sporting goods manufacturer is as well the organizer of the Li Ning Sports Cup, which first edition took place within the framework of the CHIC, and will award design drafts for the style "Made in China". 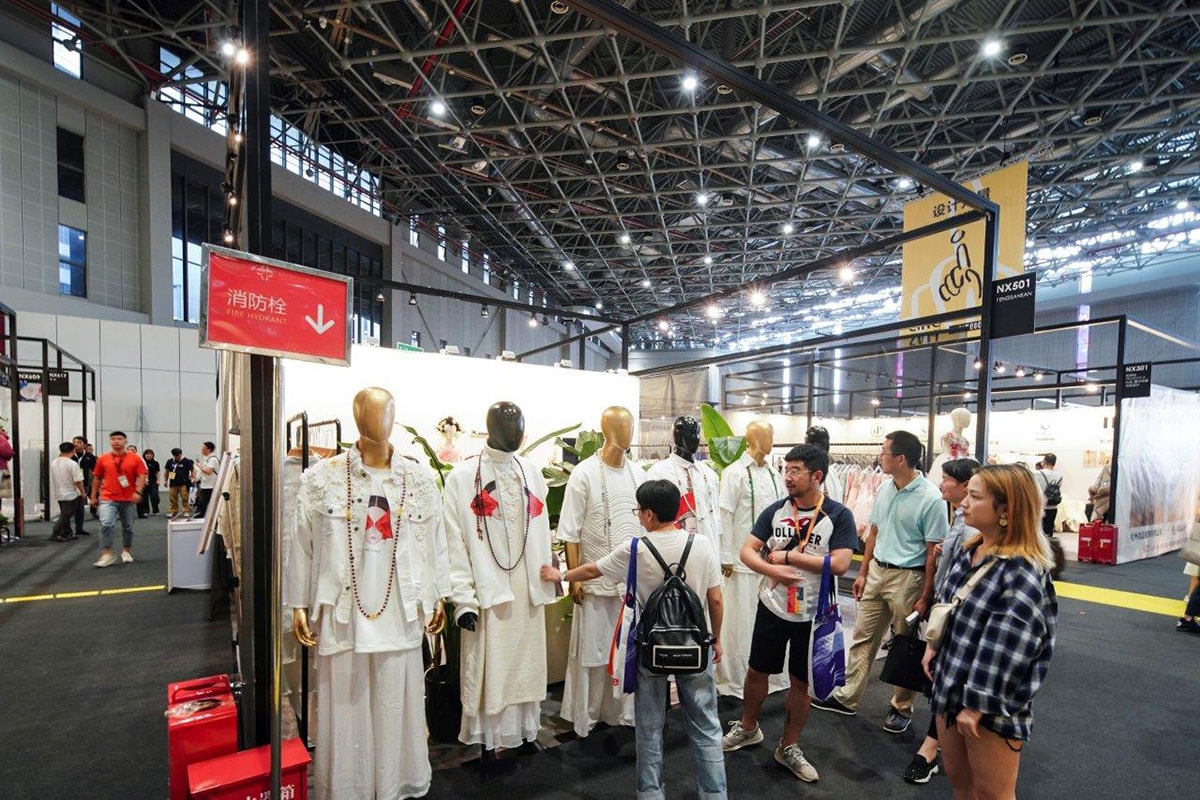 Around 80 exhibitors registered NEW LOOK, the womenswear section at CHIC. The share of womenswear in China's fashion market is 48.1%, making it the strongest fashion segment. Revenue growth in this area is estimated to have risen from by 2.7% this year from 7.6% last year. The area was fully booked at CHIC, the companies used CHIC for customer acquisition and customer loyalty. Exhibitors such as Jore Baudry, ladies' coats, are reporting increased order activity at CHIC, and the continuity of the trade show presence has paid off.

With a market share of around 30%, menswear is the second largest segment in the Chinese fashion market. This includes classic men's fashion, smart casuals with a growing denim component and bespoke collections presented in CHIC TAILORING. Solosali, one of the most popular Bespoke labels in China, has received a great deal of attention here. Although the share of children in the Chinese clothing market is only 10%, the sector is experiencing strong growth following full implementation of the two-child policy in 2016. The National Health and Family Planning Commission forecasts a number of newborns from 17.5 to 21.0 million by next year. Baby and toddler clothing is expected to be the most important area for kidswear. The ecological aspect plays an important role for this group, health-compatible materials are a purchase criterion for Chinese consumers. For example, Blara Organic House from Shenzhen, exhibitor at CHIC KIDZ, has geared up for this and offers organic cotton children's clothing. In addition, many exhibitors at CHIC KIDZ highly value visitor feedback as helpful support for adapting their collections to consumer needs.

IMPULSES, the design department of CHIC, is considered to be the flagship of Chinese creativity. Designers such as Feng Sansan, winner of the title "China's Top Ten Designer" presented his current collections for women, men and children with traditional Chinese elements. Maggie Ma, who has been present at the CHIC with her label ANJAYLIA for 5 years, used the CHIC for the launch of her label MAGGIE MA aimed at the younger target group. Further highlights for the visitors of IMPULSES were MAO MART homme, exclusive designer collection for women and Wei Jianfei, winner of the CHIC Market Potential Award.

In the FASHION JOURNEY international section, the Korean show-in show PREVIEW IN CHINA with 38 brands organized by the Korean Federation of Textile Industries (KOFOTI) presented their satisfaction with the professionalism of the CHIC exhibition platform. An even bigger stake has already been registered for the upcoming March event than in September. The Italian brands also commented positively on their participation in the fair. Supported by the Regione Campania, Italy again provided the largest European participation in CHIC with 18 brands. Brands such as Calpierre, Duedi, Le Ble, DELbyDAY, Eddicuomo, Tiffi with focus on footwear but also menswear and womenswear brands like Bencivenga, Exibit, Giangi Napoli used CHIC as a contact and sales platform, and welcomed many visitors to their stands until the end of the fair. In March 2020, Italy will again be present with a big pavilion, supported by ITA - Italian Trade Agency. "Made in Italy" was covered by China's well-known video blogger BLINGER with more than 22.5 million followers, gaining over 11 million clicks.

The leather and fur collections of the ten participants of the Hong Kong Fur Association Pavilion, which presented for the second time at CHIC, met with very positive response from agents and wholesalers from all over China, even distributors of luxury brands were interested in future collaborations. The chairman of the association Rose Ko looks very confidently at the development of the business of its member companies in Mainland China in the future and has already registered for the following CHIC a larger area.

Further individual international brands were exhibited in various segments of CHIC, in CHIC YOUNG BLOOD the label Mr. Gugu & Ms. Go from Poland and ZNR Distribution from Belgium, who launched their label Blue Wellington, trendy leather jackets, in China at CHIC and already have registered again for the March event. Morpyn from Korea and SIIJII from Hong Kong presented themselves for the first time on CHIC with elaborate booths. The Morpyn Fashion Show thrilled the audience on the second day of the fair.

The Polish brands Kids on the Moon and booso used CHIC KIDZ as an entry point into the Chinese consumer market, as did Mimozah Kids from Canada. MishkaMatreshka from Laboratory in Russia also took the first step to China as part of CHIC and received very positive feedback from potential business partners with the manga style of their shirts. In the area of CHIC Bags & Shoes, Glamoursy from Poland presented themselves for the first time to the Chinese market with an exclusive shoe collection and so did the young shoe and bag label Inyati from Germany. The participation was very successful, Inyati had intensive discussions with buyers, who wanted to order directly at the fair. The German pavilion "Made in Germany" will be presented in March 2020 again and bundling German labels in the FASHION JOURNEY section.

International womenswear exhibited in the designer field IMPULSES with NA-Nuh from Poland and in the NEW LOOK segment with Joseph Ribkoff from Canada, who after their launch at the CHIC in March, were able to deepen customer contacts and win new ones. 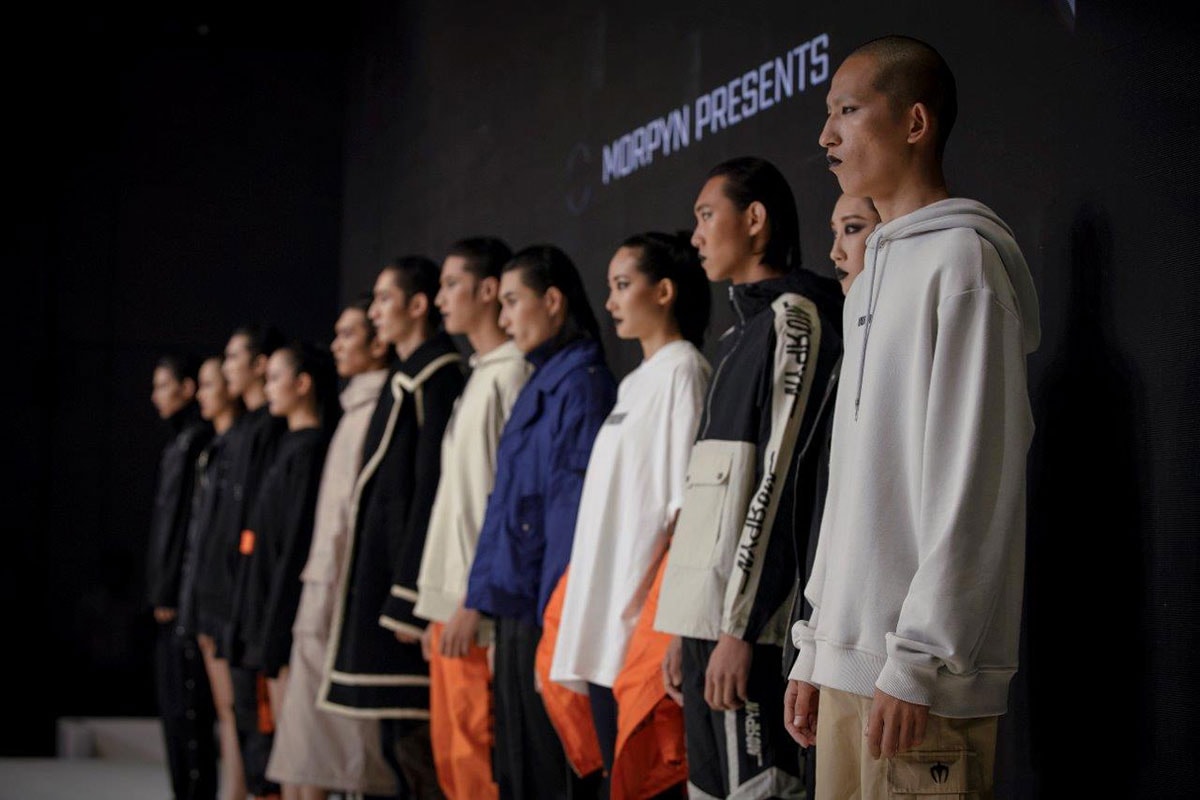 For international brands the organizer arranged a speed dating event where the brands got to know potential agents and buyers and invite them to their booths for further discussions. This initiative of CHICwas very much welcomed by the exhibitors and will be expanded as desired for the upcoming event in March. 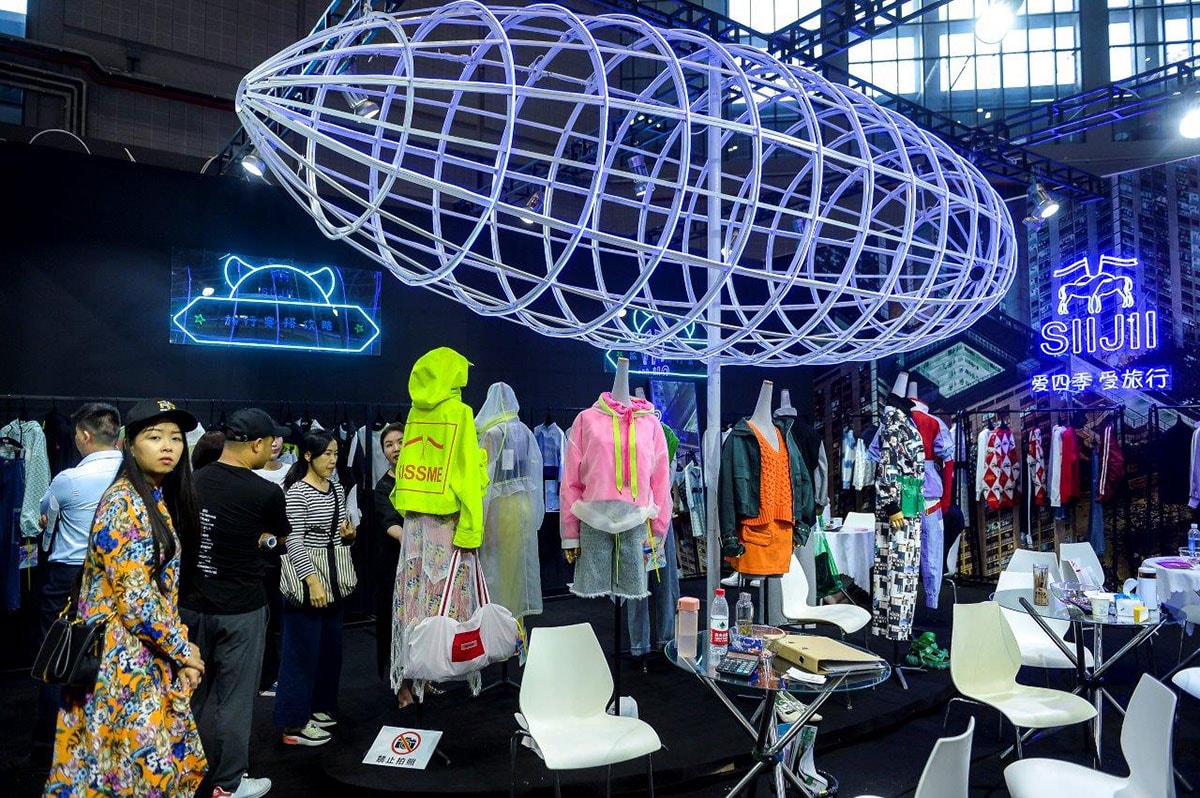 Topics such as "E-Marketing in Social Networks", "Responsible Development Conference and Integration of Industry and Banks in the Chinese Textile and Apparel Industry", "Digital Traffic, Reshaping Retail - Omni Channel Digital Innovation Forum", WGSN's Trend Preview The theme "A / W 20/21 Women's Wear Forecast & Buyers" and last but not least the opening ceremony of the Lining Cup, the Sportswear Design Competition for Chinese designers, was well attended by visitors and exhibitors alike.

CHIC is owned by Beijing Fashion Expo Co. Ltd. and China World Exhibitions, supported by the China National Garment Association, the Sub-Council of the Textile Industry (CCPIT) and the China World Trade Center.