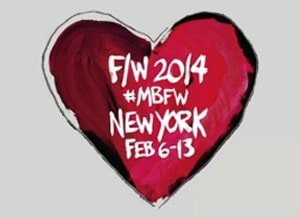 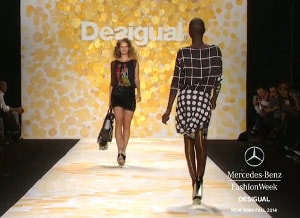 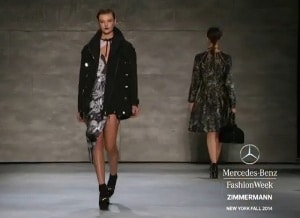 With New York Fashion Week just kicking off, the catwalks are a buzz with buyers, members of the press and celebrities, alongside fashion lovers from around the world tuning in online to watch their favorite designers present their latest collections.

Now that New York has claimed its title back as Fashion Capital of the world, the city has captured the industry attention. And with 67 shows being held at the Lincoln Center, 10 presentations at the Hudson Hotel and an additional 200 shows being hosted at venues throughout Manhattan and Brooklyn, NYFW visitors are poised to see almost every area of the city over the next few days.

Designers appear to be on the move as well, with some individuals such as Alexander Wang and Diane von Furstenburg, moving their shows to new venues in different locations.

But with a number of sites such as newyorkfashionweeklive.com and newyorkfashionweek.com, any fan of fashion can tune in and watch live streaming of the designers shows or visit the site at a later time to watch a replay of the shows highlights, making NYFW more accessible to its international audience than ever before.